Dark World (also known as Illusionary World by some fans) is one of the 12 original locations accessible directly from the Nexus.

It is an extremely dark, openly-looping world that is difficult to see without using the Lamp effect to light it up. Doing so reveals the intricate floor patterns that can be used to navigate. The patterns on the floor mostly resemble designs of Aztec or other Mesoamerican masks, and the music is ominous but relaxing.

As the world is very dark, it is nearly impossible to see characters or objects without using the Lamp effect. The Knife effect can be found here. It is picked up off the ground between the two floor patterns that look like hands near the center of the map. There are 3 Pissipissini that roam this world; they are barely visible in the darkness and barely react to the player. A ghost named Follony is also found here, but unlike the other two ghosts (Nopperabou Ghost and Fleebie), it does not give any effects, but will follow Madotsuki erratically if it sees her.

In previous versions of the game up until version 0.09, the floor patterns are gone and Fleebie is found in the area, giving the Triangle Kerchief effect. Additionally, a purple gate leads the player to the Face Carpet Plaza. 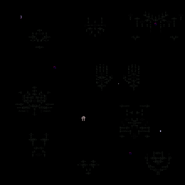 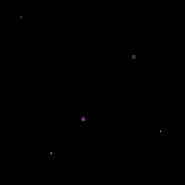 Dark World in versions 0.04 and 0.06, featuring the above differences.

Dark World in the manga
Español
Community content is available under CC-BY-SA unless otherwise noted.
Advertisement