Forces Madotsuki to wake up

None
FACE (Known as 赤の王様 "the Red King" by Japanese fans) is an event that occurs when Madotsuki opens the door at the top of the Stairway in Number World.


It shows a flashing animation that looks like some sort of face or mask, in a similar chaotic rendition as artist Louis Wain's last paintings. The animation fades in slowly from a black screen and is accompanied by a crescendoing rushing sound.

FACE cannot be dismissed until it has been playing for approximately ten seconds. When the animation ends, a sound plays and Madotsuki awakens abruptly, as if from a nightmare. The only other events to wake the player up are the Witch's Flight and the Famicom Glitch.

See at the bottom of the page for a GIF version of the event. 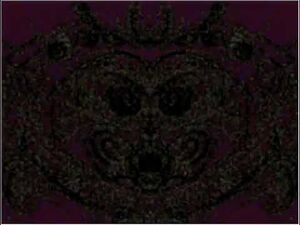 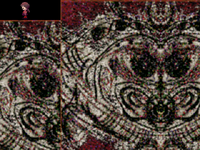 The image was used to block the Debug Room in version 0.09.

Various cats drawn by Louis Wain. FACE bears a resemblance to the more distorted ones.
Español
Community content is available under CC-BY-SA unless otherwise noted.
Advertisement