FC Field BGM
FC Demon's Room BGMFC Basement BGMGoblins BGM
The FC House (ＦＣ家) is a deeper location that is also one of the FC Worlds that is accessed from the Static Maze in Shield-Folk World. It's normally the first FC World that most of the players discover due to it being closest to the Nexus. When visiting the area, the player first comes across the FC Field, a small area with lots of trees and the FC House, when entering, the player goes down to the FC Basement (ＦＣ地下, FC Underground), where there are many branching paths.

The FC Field has a cute melody BGM unlike most of the minor or negative BGM in the game. Not only that, but it's also a full song, rather than a short loop, being the only one in the game. Staircases in the FC Basement going up and right lead to a castle-like room with a few odd NPCs known as the Goblins, as well as a dead end in FC World A. The FC Demon's Room can be found in the deepest place under the FC Basement. Interacting with the FC Demon will give the player the Demon effect. There is a 1/8 chance in a certain room of FC World B that the same demon will appear, taking the player to this room upon interaction, without a way to return.

Map of the FC Basement Maze 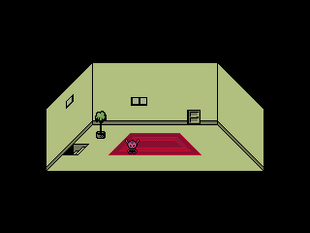 Inside the FC House in version 0.04 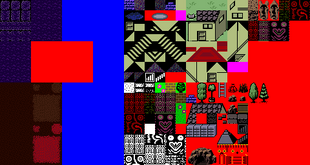 The Tileset.
Community content is available under CC-BY-SA unless otherwise noted.
Advertisement