Number World (電燈, Light) is one of the 12 original locations accessible directly from the Nexus. It is an enclosed world characterised by confusing hallways and long numbers that range from 0 to 236,800,954,213,315,784 stretching across the floor. It is one of the more unsettling original locations, partially due to some of the areas that are accessed from it, its implied vastness due to its scrolling background being an image of itself, bizarre visuals, and due to its imposing background music.

The parallax background appears to be a picture of the Number World map itself, making the hallways even more confusing to navigate. The walls are repeating pictures of faces that look like zippers with legs and arms. They seem to be biological, as they can be seen bleeding in a couple of places and have expressions that change from time to time.

There is a "river" at the bottom of the area, where a character named Steve 'Leif' Kareha roams. Strangely, walking in the water (using noclip) still makes a unique sound.

There are no effects in the main part of the Number World itself, but there are effects in some of the deeper locations accessible from here.

The Bed Room is found behind the door on the far left of the Number World. There are 71 beds and a sane Toriningen here.

The entrance to the Stairway (in the furthest right part of the Number World) is not always available. There is a random chance determined when Madotsuki falls asleep that the Zippertile will change to allow her through. When the face has an open mouth, it can be stabbed with the Knife effect to allow entry. KyuuKyuu-kun is found here aside the stairway, rubbing the banister. The background of this area appears to be made up of a modified version of the entities found in the Nexus background. The door at the top of the stairway is the same as Madotsuki's bedroom door. When she walks through it, the FACE event occurs, which leads to Madotsuki being forced to awaken. The significance of this event is subject to much speculation. 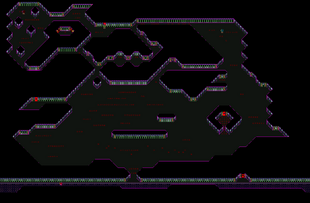 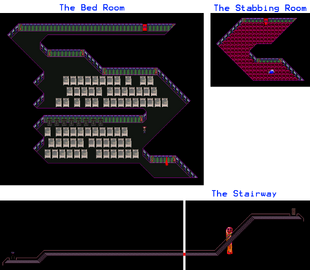 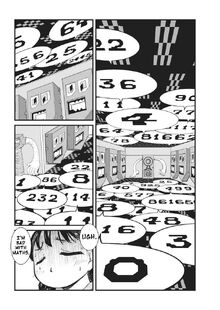 Number World in the manga
Español
Community content is available under CC-BY-SA unless otherwise noted.
Advertisement