The Nexus
Dense Woods A
The Footprint Path A (older versions)

Puddle World is one of the twelve original locations accessible directly from the Nexus.

It is a simple, openly-looping world dotted with puddles of water that reflect a dark, cloudy sky and the occasional lamp post. The atmosphere of complete 'nothingness' combined with the slow, droning soundtrack exemplify Yume Nikki's style of psychological suspense perfectly.

There is little of importance in this world, and it is a little hard to navigate as there are no NPCs and few landmarks to navigate by. The Umbrella effect is found here by interacting with the umbrella on the ground. The Dense Woods A can be reached by walking into the pink tunnel near the center of the map. Multiple lamp posts on the map can be switched on and off by interacting with them, and although this does nothing, it can be used to make your own landmarks. 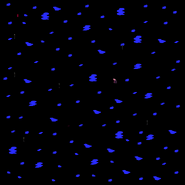 Map of Puddle World. The puddles are highlighted for visibility. 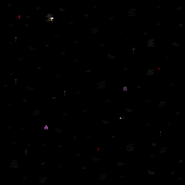 Puddle World in v0.04 and v0.06. The parallax background is kept for clarity.

Puddle World in the manga.

The background for Puddle World.
Español
Community content is available under CC-BY-SA unless otherwise noted.
Advertisement