The Nexus
Pink Sea
The Staircase of Hands (Random)

Snow World (雪女, Yuki-onna) is one of the twelve original locations accessible directly from the Nexus. It is a rather large openly-looping world themed around a snowy taiga, featuring a gentle snowfall, a few clusters of coniferous trees, and a few groups of igloos.

It is notable in the fact that it's the only Nexus location to have a visible floor, rather than a scrolling background, making it seem more vivid and realistic. The music has a very prominent and calming melody, making it stand out from a lot of the other original locations as well. 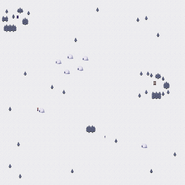 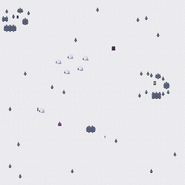 The entrance to the Pink Sea

Snow World from the Official Manga

The entrance to the Pink Sea from the manga