Yume Nikki: I Am Not in Your Dream

Yume Nikki: I Am Not in Your Dream (English)

Yume Nikki: I Am Not in Your Dream is a novel by Akira that was first published in Japanese on August 28, 2013, as part of Project YUMENIKKI. It contains around 200 pages spanning across many chapters. The illustrations were made by Ako Arisaka and it was translated to English by Amber Tamosaitis, then published on January 7, 2018. It can be found on multiple digital platforms, and has been received generally well by fans. It details a lot of the weird effects and numerous events found within many areas in the game. Just like the original game, Madotsuki herself doesn't speak, but rather, the first part is in the second person and told by her actions, before switching to Poniko's point of view later on.

Part I of the English version can be read online on the J-Novel Club page, and the full e-book can be bought on multiple sites, including Amazon, Apple Books, the Google Play Store and Rakuten Kobo, as well as others. 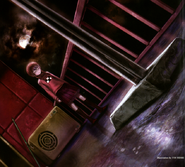 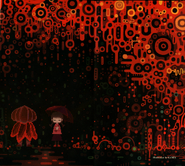